In American football, piling on occurs when players continue to jump on a player who is already down. In writing, piling on nouns is not a sanctioned offense, but it can definitely impede comprehension. A sentence from Dr. Seuss’s Fox in Socks illustrates the phenomenon:

“When beetles fight these battles in a bottle with their paddles
and the bottle’s on a poodle and the poodle’s eating noodles…
…they call this a muddle puddle tweetle poodle beetle noodle
bottle paddle battle.”*

Here we have a decent if bizarre sentence of three clauses transformed into a single, exceedingly long clause of nine nouns. Dr. Seuss could do this because English allows the use of nouns as modifiers.

Actually there is nothing wrong per se with noun piles, sometimes called noun stacks. They are extremely common in English. Indeed noun pile is itself a noun pile. The problem depends on how high you stack them.

Here’s a noun pile I just saw today (I cheated and changed one prepositional phrase into yet another noun, but the original was bad enough to start):

Thenow, as a Chinese wine cellar climate control system manufacturer, we have the most professional R&D team.

Note that the key word in a noun stack appears last. As the reader goes along she must try to keep in mind all the modifying nouns before she finally learns what the stack is about. Let’s start with the last noun and change “manufacturer” to a verb, “We manufacture”. Then you can break 5 nouns into two stacks: “wine cellar” and “climate control system”. Change “Chinese” to “in China”. Put the pieces together and you have:

At its facilities in China, Thenow manufactures climate control systems for wine cellars.

Noun piles appear in legal writing too. Consider this example I once came across:

The Company A Chinese processing entity’s products (tickets and tags) will be transferred to clothes and shoes manufacturing factories in China.

The noun stack in the first line comprises eight – count ‘em – eight nouns in a row. Just for fun, can you rewrite the sentence to break up this noun pile and the shorter one in the following line? You can use word order, prepositions, relative pronouns, verbs, genitives and any other tricks of English grammar that occur to you.  I’ll post a suggested revision here in a few days.

Finally, a question for you native Chinese speakers: do you think the language lends itself even more than English to noun piles?

See you next time!

* Cited in Steven Pinker’s excellent work, The Sense of Style 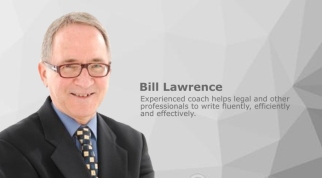 Bill Lawrence worked in US law firms and multinational companies until 2001. For the past 15 years Bill has been a writing coach at the Polytechnic University’s Centre for Business and Professional English. He has also presented seminars to law firms on coaching lawyers on effective writing.

One thought on “No Piling On”